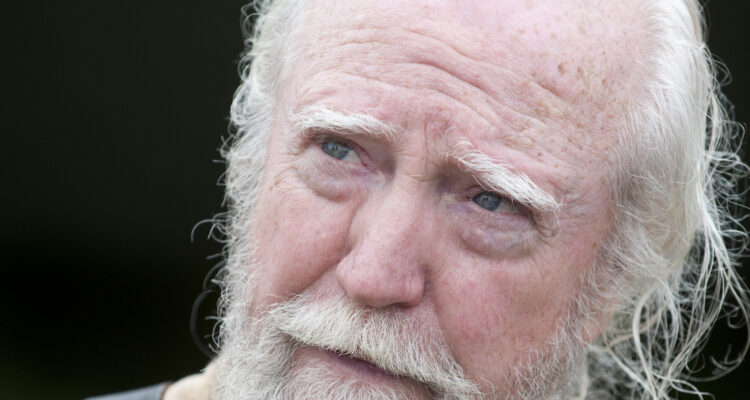 Veteran character actor Scott Wilson, whose versatility kept him working steadily over five decades, but is known primarily for his first and last famous roles, has died. He was 76.

Wilson was born in Atlanta, and skipped a scholarship at Georgia’s Southern Tech University for a ride to Los Angeles to become an actor. He spent five years working menial jobs while studying acting and auditioning. When he got his first film role as a murder suspect in the 1967 classic In the Heat of the Night, he was on his way.

He landed his next role starring in the true crime drama In Cold Blood, based on Truman Capote’s bestseller. It was a chilling performance that defined much of the rest of his career.

Wilson spent the next couple of decades working on both the small and big screens, demonstrating a combination of melancholy and quiet intensity in supporting roles.  He earned a Golden Globe nomination for his role in William Peter Blatty’s surrealistic war movie The Ninth Configuration, but his greatest fame would come in his 70s, as the farmer and country veterinarian Hershel Greene in the TV series The Walking Dead.

Wilson died at home after a battle with leukemia, according to his rep. Dominic Mancini. News of his death came about an hour after Walking Dead show runner Angela Kang announced to a New York Comic Con crowd Wilson would appear in season 9 of the show. The episode or episodes were filmed before Wilson’s death.

AMC, in a statement, declared “Scott will be remembered as a great actor and an even better person.”

Chandler Riggs, who played Carl Grimes on the show, tweeted “Man, am I gonna miss you … I’ll never forget the things you told me and the time we spent together on the set.”

Talking Dead host Chris Hardwick tweeted he was “utterly broken hearted” at Wilson’s death and that “All of the best parts of Hershel Greene came from Scott …When we lost Hershel on the show it was a week after my own father passed away and when Scott came on Talking Dead he said so many kind and wonderful things to me afterwards that brought me great comfort. I really will miss him and the gentle, compassionate eyes that gave Hershel so much soul. I am so sad to know that the world is without him tonight.”

To see some of Scott Wilson’s best film work — in small and large roles — check out the following: