ScareLA Is Back with More Halloween Mayhem Than Ever 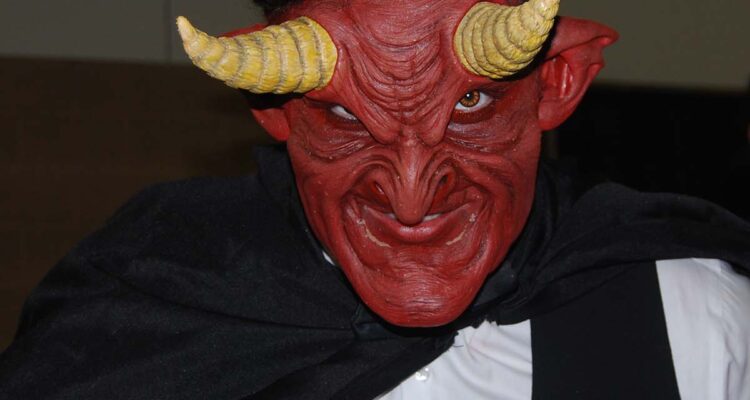 Years ago she was in a bad car accident that led to a quick deterioration in health. She got to the point where she couldn’t do anything without being afraid.

“I found myself in this place where I really thought I was paralyzed by fear,” she says.

Fast-forward to present-day and not only is Ivanova past her fears, but she’s now founder and executive producer of ScareLA, a fan-focused Halloween convention she launched in 2013. The event runs Aug. 6-7 at the Pasadena Convention Center, including screenings, classes, presentations and experiences for all those Halloween and horror fans who get teary-eyed on Nov. 1.

Because of Ivanova’s experience, she understands the complexity of fear. And how, on the one hand, it can send a person into total panic; while on the other hand, it can develop into an exhilarating thrill.

ScareLA is shooting for the latter.

“You’re going to a place that is extremely immersive, it is full of original content that is interactive and draws you in and really gives you a chance to experience [something] that is brand new,” she says of the event.

Among ScareLA’s long list of immersive experiences is Blood Offering: Legend of the Iron Witch, an original haunted attraction created specifically for the event. Designed by Brooke Adair Walters, former maze designer at Knott’s Scary Farm, who helped create Doll Factory and Forevermore, and Donald Julson, the prop maker for the film Van Helsing, the haunt will mark the largest scare experience and the first original haunt at the event.

The Haunted Campsite welcomes all ages to sit around the campfire for some ghost stories presented by Wicked Lit theater company and The Atlantic Paranormal Society (TAPS) West professional paranormal investigators (seen on Syfy‘s Ghost Hunters). Ivanova says the experience will be set in a “forest” inside one of the convention center halls and will unleash some nightmares for the audience’s enjoyment.

In that commitment to offer guests a fully immersive environment, ScareLA created a witch-themed zip line attraction (in line with this year’s event theme of “Season of the Witch”) where you can fly like a witch from one building to the next with the help of an attached broom. There will also be a purple cape for guests to use for photo opps while flying through the air, says Ivanova.

And of course, there will be a presentation on The Science of Fear by sociologist Margee Kerr, who studies fear and has been conducting a scare study on Pittsburgh-based extreme haunt, The Scarehouse Basement. Ivanova says the presentation will delve into the phenomena of fear, what scares us as humans and why.

“What does that mean for us? Where do we go from here?” she says.

ScareLA promises not only thrills and new friendships, but some quality education – the fun kind.