Resurrecting The Creature Again For ‘Frankenstein’ 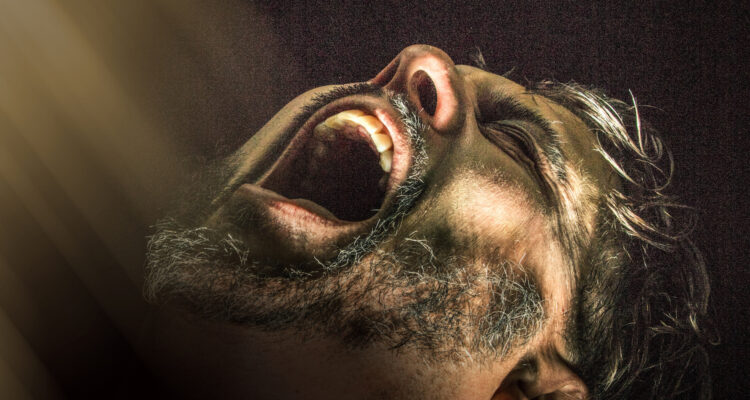 Michael Manuel stars as Frankenstein's Creature in a new stage production of "Frankenstein" at A Noise Within, Pasadena, through Sept. 8. Photo by Daniel Reichert.

Frankenstein is an oft’ told tale. Since Mary Shelley’s novel 200 years ago, it has been multiple plays, films, TV shows, comic books, radio shows, audio books, and video games. But every new telling of the story brings a reminder of why the story endures. Why it still says something to us.

A new production at A Noise Within in Pasadena, Calif. strips the story of the usual Gothic trimmings that we are used to and focuses primarily on the Creature’s view of the world he has suddenly entered.

Ultimately, it IS the creature that is the intended prism through which we see the cruelty of humanity, just as Shelley intended. In this latest production, written by Nick Dear, that role is shouldered by actor Michael Manuel.

Manuel, and director Michael Michetti chatted with Halloween Every Night about the new production and once again resurrecting Dr. Frankenstein’s creation.

Halloween Every Night: It’s really great to see this on stage, but in a way it’s like Shakespeare or Tennessee Williams or Arthur Miller, it’s well-trodden territory. What about the role makes you want to dig in? And what about this particular adaptation moved you to direct it?

Michael Manuel: I didn’t know the Frankenstein story — Mary Shelley’s version. Actually, I only knew Young Frankenstein. I hadn’t even seen the Boris Karloff movie. Still haven’t. But I have a basic understanding that anyone assumes when talking about Frankenstein.

When people asked me if I was playing Frankenstein, I didn’t even realize it’s actually the Creature. It’s Frankenstein’s monster. And people would ask if I was just going to walk around and grunt. Then when I read this script and I went back and read the novel, and I was surprised by the journey the creature goes on and how eloquent and well spoken he was in the novel.

Michael Michetti: What’s unique about Nick Dear’s adaptation of the Frankenstein tale is that it tells the story from the Creature’s point of view. Most dramatic and cinematic adaptations have told the story from the point of view of Victor Frankenstein, the creator, but this play begins at the moment of the Creature’s “birth,” and follows his adventures over a three-year period.

Manuel: There’s a whole life that’s crammed into three years. That’s interesting. To explore what language is. The idea you’ve got this body that is an amalgamation of lots of different people. It’s a mature brain, but an infant’s brain, with no sense of anything so everything is brand new.

How do you speak? How do you communicate?  What is communication? There’s a thing that happens with little kids when they discover they’re a person. They’re someone. They exist in the world.

That’s what’s interesting to me. It feels like a complete journey. I get to take it every day.

HEN: I was surprised to learn last year that Frankenstein has become a great feminist novel, with the creature’s sensitive, misunderstood outsider role seen as a feminist point of view. Are there things still to be learned from the Creature?

Manuel: I think so. With the state of the world and there’s this sort of otherness with people where you come from or what you look like. All those things have been around since time immemorial. If you look different or sound different or are different, there’s a fear that happens. sometimes an earned fear, if there have been experiences that have affected you. What I hope people will take away from this is whatever your otherness is, you have this thing that is special to you, that other people have judgments about, that hopefully people look past all the extraneous stuff and go to the core of what makes us individuals.

Michetti: The Creature, as Mary Shelley wrote him, learns to read and write, and becomes a literate and philosophical character. But when the novel was first published, it did not receive widespread popularity, which came later with the stage adaptation Presumption; or, the Fate of Frankenstein in 1823. That adaptation reduced the Creature to a non-verbal, grunting beast – a far cry from the character in the novel. And it was the [same] depiction revived in the classic 1931 Boris Karloff film. Nick Dear’s adaptation restores Mary Shelley’s Creature as an articulate and well-read character, capable of reason and thoughtful discourse.

HEN: People have clearly defined mental images of what the creature should look and sound like based mostly on Karloff and the Universal movies. How difficult is it to give people a new look at him?

Manuel:  I think whoever plays the part has to discover a voice that is theirs. Much like in improv, it comes from a place inside you. The literal mask that I have, you know, the prosthetics and the wig and the makeup, all that stuff acts as a mask as does the language or the lack of language acts as a sort of mask so that it’s freeing in a way. I don’t feel constrained, like I owe it to anyone that I speak in a certain way. To me the sounds i make are going to be different than if you were doing the part. There are no wrong moves. You’re living in the moment. There’s a line where [the Creature] is describing he sees things in his sleep. and he wouldn’t even have a concept of what a bad dream is. The discoveries are happening every minute.

HEN: Ultimately, what do you want the audience to feel as they leave the theater?

Manuel: People should feel conflicted in the way they make assumptions. The actions [the Creature] takes in the story are horrible and reprehensible. But you understand. Without being too jingoistic, how much of the Creature is in all of us. If people would just accept us for what we our. Not everything is justified, but an understanding of everything. It’s a sort of tapestry of a bunch of different things that are beautiful and fascinating in the end.

Michetti: One of the themes in the novel is the idea that we’re born innocent, and only learn violence and revenge from our interaction with other humans, and this theme is emphasized in this stage adaptation. The Creature has a childlike innocence and curiosity about the world until people, judging him unfairly because of his hideous appearance, treat him cruelly, beat him, and drive him off. He learns that being an “other” makes him an outcast, and his acts of violence are in retaliation for the cruelty he has suffered from small-minded people. I hope that anyone who has ever felt “othered,” for their race, their religion, their sexuality, or anything else will see themselves reflected in the tragic journey of the Creature.