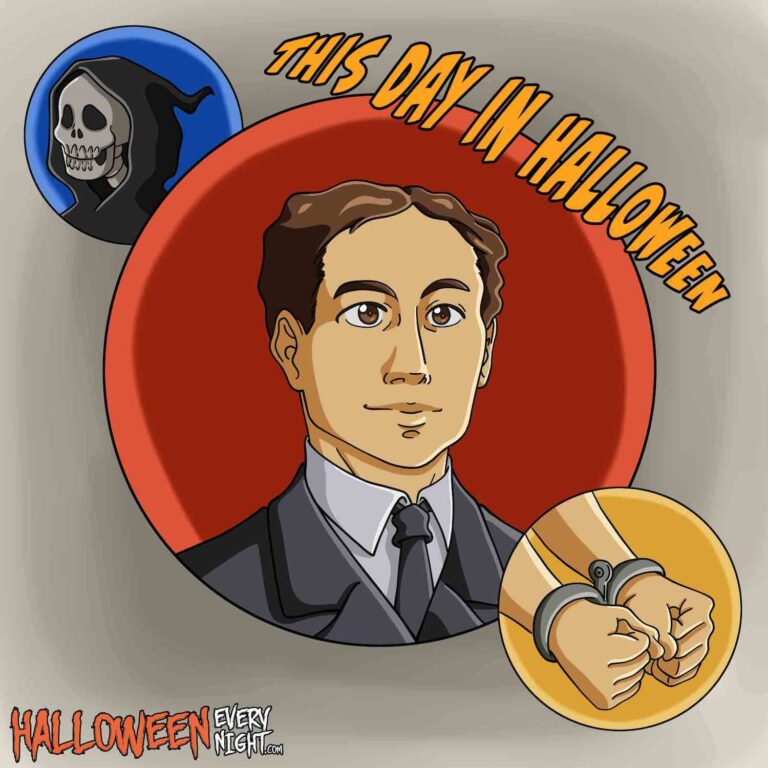 This Day in Halloween: Magician, actor, and debunker Harry Houdini is born Erik Weisz in Budapest, Austria-Hungary in 1874. / Illustration by Jocelyne Reyes.

Magician, actor, and debunker Harry Houdini is born Erik Weisz in Budapest, Austria-Hungary in 1874. Perhaps the most famous magician in history, he performed escapes for large audiences in the U.S. and Europe, later starred in series of films and worked to expose spiritualists as frauds. Houdini has been depicted in several film and TV biopics and other fictional dramas that featured him as a character, where he was portrayed by Tony Curtis, Harvey Keitel, Adrien Brody, Guy Pierce and others. He died on Halloween 1926.