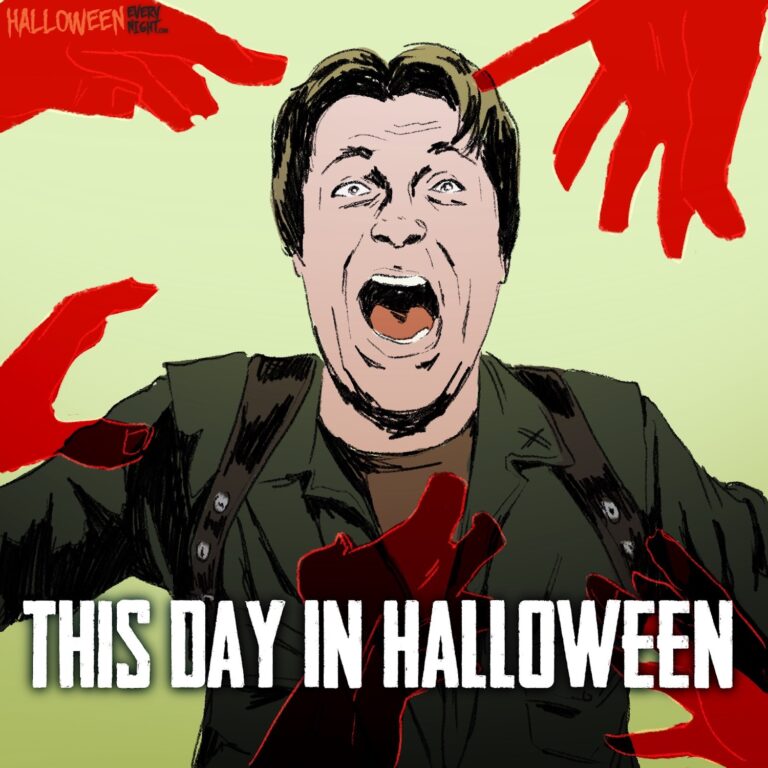 This Day in Halloween: George A. Romero's "Day of the Dead" premieres in New York in 1985. / Illustration by Annika Krein

Day of the Dead premieres in New York in 1985. The third in director George A. Romero’s iconic zombie franchise, the film features a small role by Greg Nicotero, then assistant to makeup artist Tom Savini, and later makeup artist, director and producer of The Walking Dead. The film was also one of the first to become a hit via home video after flopping in theaters.