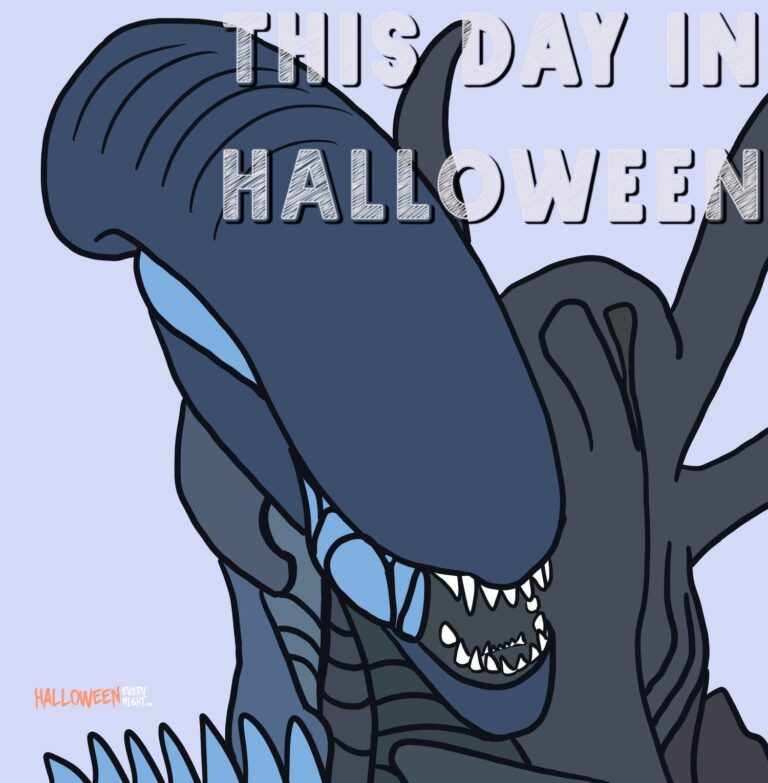 This Day in Halloween: "Aliens" opens across the U.S. in 1986. / Illustration by Sorprisela Martinez

Aliens opens across the U.S. in 1986. Director James Cameron’s sequel to 1979’s Alien rewires the franchise from slow-boil horror to action adventure thriller and is a box office and critical success. Sigourney Weaver earned a Best Actress Oscar nomination in her return as Ripley. The franchise would continue with at least three more sequels and two prequels but never with the same results.