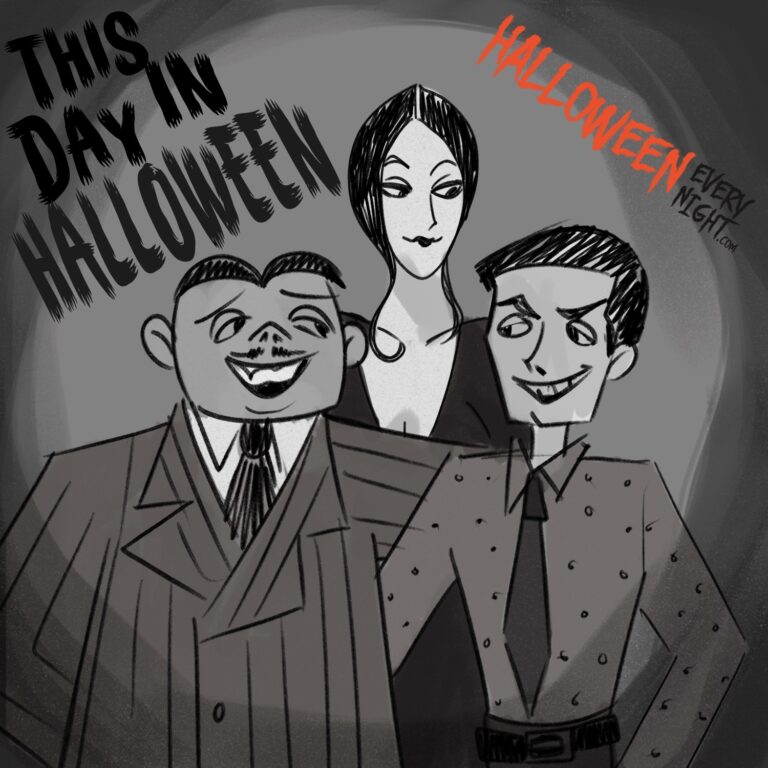 This Day in Halloween: Cartoonist and creator of The Addams Family cartoon Charles Addams is born in Westfield, New Jersey in 1912. / Illustration by Dexter Urias

Cartoonist Charles Addams is born in Westfield, New Jersey in 1912. The macabre and darkly humorous work of Addams appeared in the New Yorker for decades and became famous for the recurring characters called The Addams Family. The characters would eventually become an ABC TV show during the 1960s and two movies in the 1990s. Addams authored more than a dozen books, some featuring the Addams Family characters, drew the artwork for Dean Gitter’s Ghost Ballads folk album in 1957, animated the title sequences to the films The Old Dark House (1963) and Murder by Death! (1976) and also animated training films for the U.S. Army as member of the Signal Corps during World War II. He died in 1988.