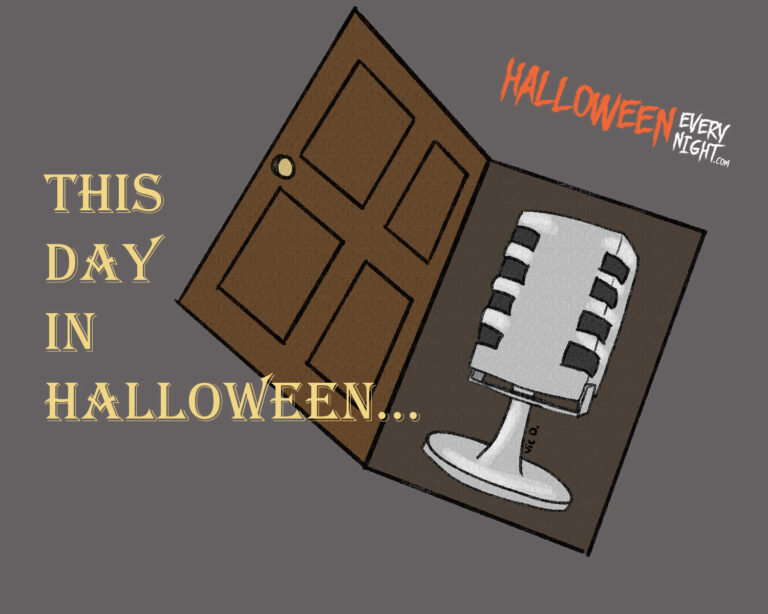 Inner Sanctum Mystery premieres on the NBC Blue Network radio in 1941. Based on the Simon & Schuster book series, the anthology radio program would be a major hit, featuring guest stars like Bela Lugosi, Orson Welles, Frank Sinatra, Burgess Meredith, Agnes Moorehead, Richard Widmark, Claude Rains and Peter Lorre. 526 episodes would be produced through Oct. 1952. A low-budget movie series would follow in the 1940s and a TV series in 1954.