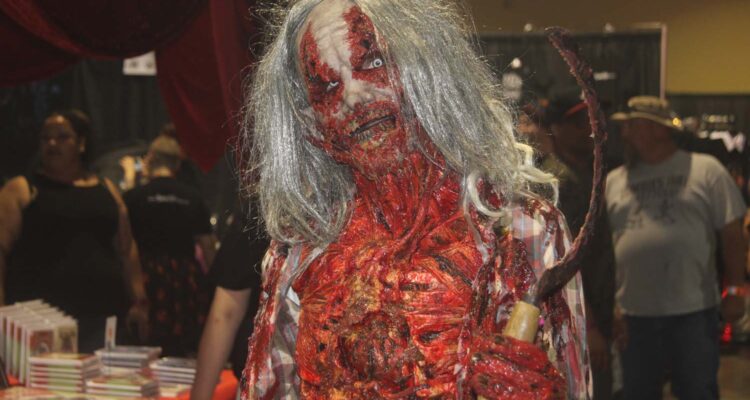 Get Ready to Shriek this July with Midsummer Scream 2018

Halloween is well underway this year for many in the haunted attractions community. Haunt production directors are busy casting new monster talent. Construction has set in on the larger scale from stages to mazes, while monster sliders are preparing to showcase their abilities.

Meanwhile, Black Cat Orange, the group behind Midsummer Scream, has been busy preparing for its annual Halloween event. According to Executive Director David Markland, the event attracted more than 15,000 horror enthusiasts last year. “We’re expecting about 20,000 this year,” Markland says.

This year the festival, running July 28-29 at the Long Beach Convention Center, will host more than 250 vendors, a healthy list of panels and a wide range of big haunt names – from Warner Bros.’ Horror Made Here to Knott’s Scary Farm and Universal Studios’ Halloween Horror Nights.

“With just a week after San Diego’s Comic-Con, we like to think of Midsummer Scream as one of the similar Halloween cons of such,” says Markland. “We’ll be featuring interviews and presentations with famous guests like Cassandra Peterson, commonly known as Elvira, and Halloweentown‘s Kimberly Brown.”

For those who are fans of classic Halloween films, a panel discussion for the film Hocus Pocus will be open to guests. Mick Garris, the film’s writer, and Thora Birch, who played “Dani,” will also be making an appearance. For those seeking some behind-the-scenes action, Warner Bros. will be onsite with a collection of props from WB films along with a multitude of secret surprises.

When the show floor closes on Saturday night, the Midsummer Scream After Dark party begins at the convention center. From 8 p.m. to 12 a.m., the party will combine the best of Halloween for those 18 and over, including a DJ spinning dark tunes, a $500 costume contest, horror games, an adults-only magic show and a movie screening. An additional ticket of $15 is required to enter the party for general admission Midsummer Scream ticket holders.

Markland says Midsummer Scream is breathtaking from all angles.

“This event would not be possible without the combination of our dedicated and talented crew, staff and the public,” he says. “It really is a community effort.”

Get Your Tickets Here!