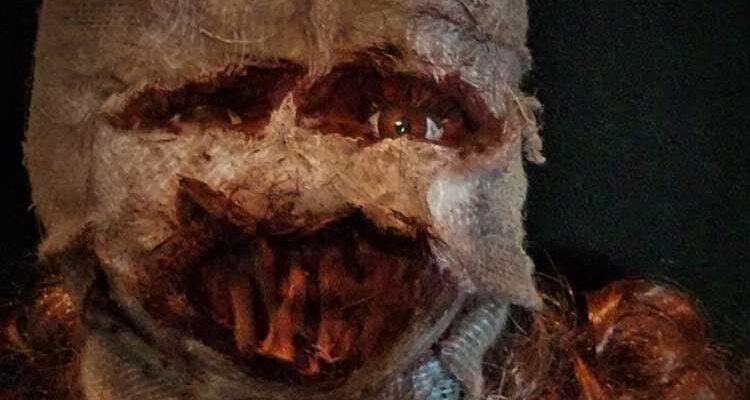 This Doll Maker Can Create a Haunt Doll of Your Nightmares

Looking for that perfect holiday gift for the horror fan who has it all can be tough.

Miniaturized Freddy Krueger replica? Got it.

The Walking Dead board game? Got that too.

Ouija board? Are you kidding?

Well, here’s something he most likely will NOT have: a custom-made haunt replica doll of his very own. Yes, your haunt monster bestie can have a doll version of himself (or herself) to keep at his desk, dining room table or wherever he wants to take it, to remember all those long, hot, sweaty nights spent scaring the crap out of people during the haunt season.

Who offers this amazing, monstrous treasure, you ask? Candy Buck. And here’s everything you need to know:

Halloween Every Night: Describe your doll-making business and how it ties in with haunt monsters.
Candy Buck: I hand paint old vintage porcelain dolls to look like horror or fantasy characters. I also take custom orders for characters, which is how I began working with scare actors to recreate their characters.

HEN: Do you create other kinds of dolls?
CB: Haunt monsters are a niche market for my dolls. I typically paint all kinds of horror characters, fantasy characters, characters from pop culture (Star Wars, Game of Thrones, comic books), and even Dia de los Muertos sugar skull dolls.

HEN: How long does it take you to make a haunt character doll?
CB: For haunt monsters it depends on how difficult their makeup is, because I am recreating it on such a smaller scale. It also depends on how long it takes me to find a doll that I can transform into their character. If I have the doll, [then] it usually takes me between two to eight hours to finish their character.

HEN: How big are the dolls and what are they made of?
CB: Most of the dolls are old vintage porcelain dolls that I have “rescued.” Most of them are around 14 inches and typically come with a stand. Sometimes a vintage plastic doll works better for the character, but more often than not they are porcelain.

HEN: What made you start doing this?
CB: I began painting vintage dolls up to look like horror characters about two years ago as a prop for my home haunt (anaheimhaunt.com), but I had so many people ask if they were for sale that I began selling them at local craft fairs. They became so popular that I began to sell them on Etsy and eBay, which gave me the idea to offer custom orders. One client ordered a custom doll as a gift for her friend’s daughter who was a monster from Knott’s Scary Farm and it gave me the idea to offer that option each year to the various haunted industry scare actors.

HEN: Do you base it off of photos?
CB: For haunt monsters specifically, yes, it always is based off of a photo of their character. I use high quality acrylic paint to recreate the mask/makeup they wear as their character. For some of my other dolls it depends on what character I am creating, sometimes they aren’t based off photos but rather just my imagination.

HEN: How challenging is it to capture a monster in doll form?
CB: It can be incredibly challenging. It really depends on how intricate their character makeup is. Oftentimes the most challenging thing is capturing a character when they don’t have a good quality picture of their makeup, which is probably the most difficult obstacle I have to overcome.

HEN: You are also a makeup artist, right? How does this tie in to your doll-making work?
CB: Hand painting dolls has really assisted me as a makeup artist because I get to practice my painting skills on a face that doesn’t move or flinch. But it also has helped me get better as a makeup artist with the finer details because the faces on the dolls are so small in comparison.

GET A HAUNT DOLL