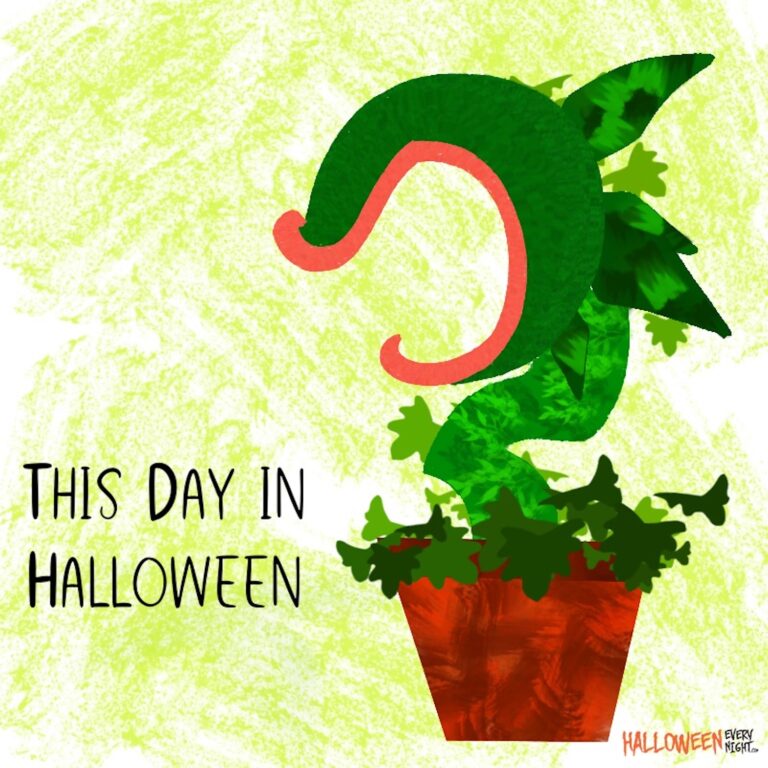 This Day in Halloween: Roger Corman's "The Little Shop of Horrors" open across the U.S. in 1960. / Illustration by Gabriela Vega

The Little Shop of Horrors open across the U.S. in 1960. Roger Corman’s comedy horror classic about a carnivorous plant is shot over two days and features a young Jack Nicholson. Its success grows from the first run in theaters to repeated local TV broadcasts in the 1960s and 1970s. It spawns a Broadway musical as well as a film version of the musical.