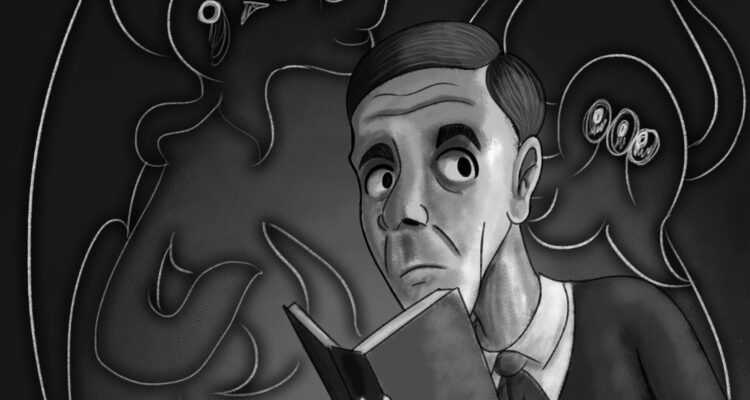 This Day in Halloween: Author H.P. Lovecraft is born in Providence, Rhode Island in 1890. / Illustration by Ashley Oliman.

H.P. Lovecraft is born in Providence, Rhode Island in 1890. The highly-influential author of 64 mostly short stories and novellas including The Call of the Cthulu, At the Mountains of Madness, The Dunwich Horror, and The Rats in the Walls, as well as poetry, scientific and philosophical pieces, toiled mostly for pulp magazines of the 1920s and 1930s and died in poverty in 1937. His work was rediscovered and reassessed after his death, where it has influenced other popular modern writers, been adapted into movies, inspired music and gaming. Some also regard Lovecraft as a prophet.