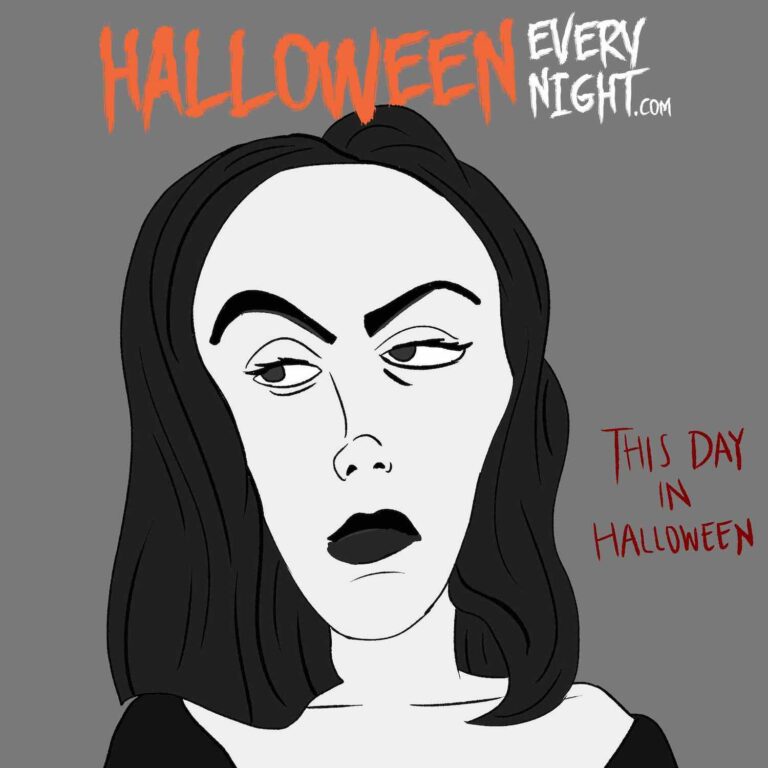 This Day in Halloween: The Vampira Show premieres on KABC-TV in Los Angeles in 1954. / Illustration by Jenna Red.

The Vampira Show premieres on KABC-TV in Los Angeles in 1954. The show is the first — and serves as the prototype for — the horror host show, where horror and sci-fi movies are broadcast on a local TV station with a costumed character as host introducing and making fun of the film. The show is cancelled a year later when actress Maila Nurmi refuses to sell her rights to the character. Nurmi later appears in Edward Wood’s infamous Plan 9 From Outer Space. Nurmi died in 2008.