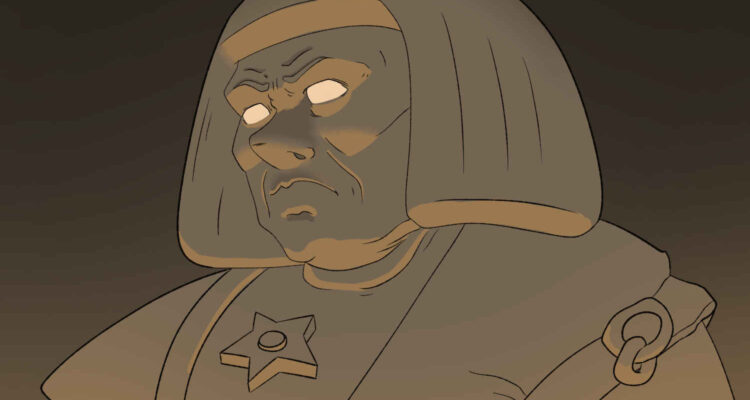 This Day in Halloween: "The Golem: How He Came into the World" opens in Germany in 1920. / Illustration by Justin Pakneshan.

The Golem: How He Came into the World opens in Germany in 1920. The prequel to The Golem and the only surviving film of a trilogy of expressionist horror films about the Jewish defender made out of clay. The film stars, is co-written and co-directed by Paul Wegener and is considered one of the greatest horror films and was shot by future Mummy and Mad Love director Karl Freund.