The slow, creeping dread of Maverick Theater’s Night of the Living Dead remains a steady, eh, shambling and unstoppable thrill after 12 years and 200 performances. A testament to both ingenuity and well-made horror, George Romero’s vision is living on quite well after Romero himself.

The Maverick’s gift for “theater for people who don’t go to the theater” is often that it presents things you think you know in a way you can see it anew. But even after 12 years of essentially the same production – despite some cast changes and tweaks in the script – the sense of dread in the Pennsylvania farm house has not gone away. 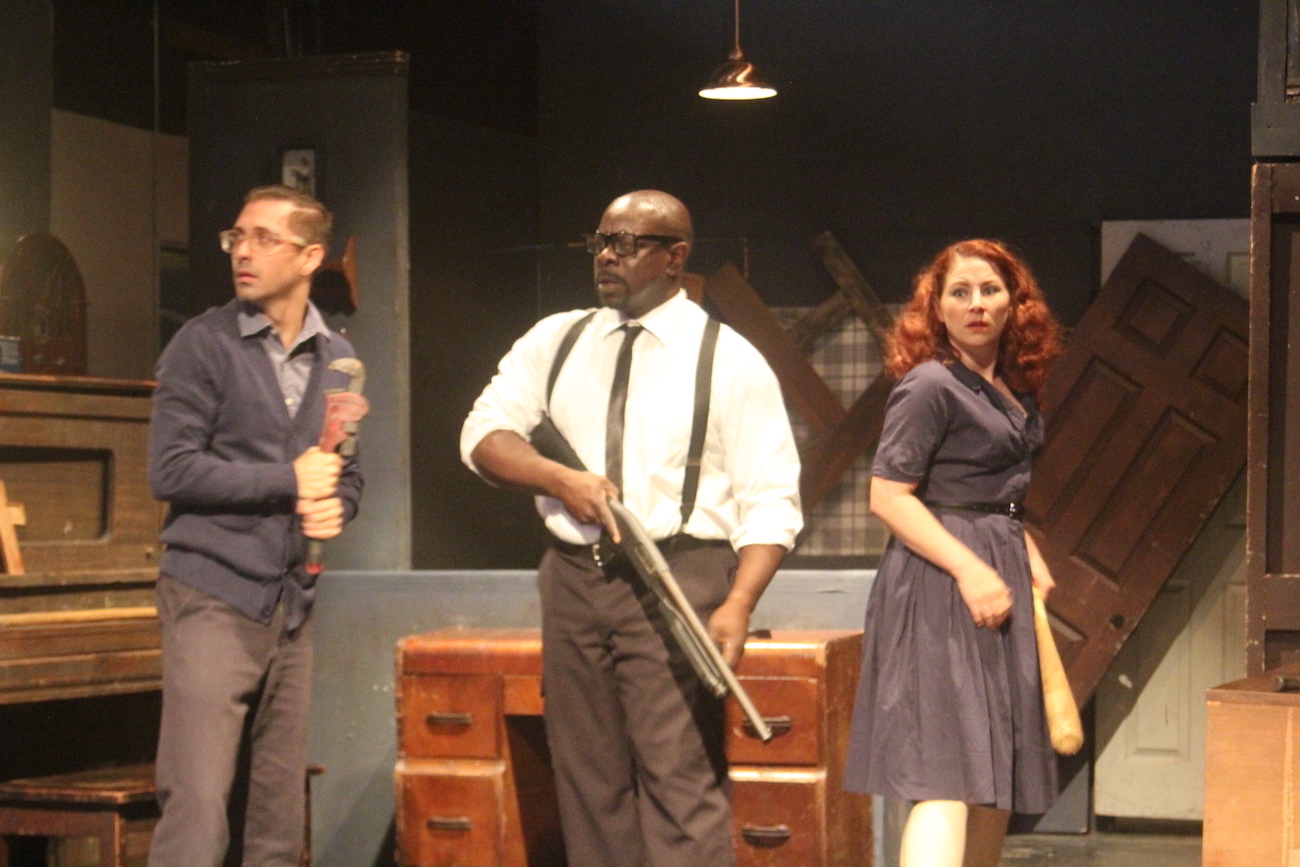 Jeremy Krasovic, Alexander Harris and Briana Donze try to hold off the zombie hordes in the 12th annual production of Maverick Theater’s “Night of the Living Dead.” / Photo by Jessica Peralta

Seeing the production with a large number of audience members who had never seen it before helped refresh a sense of what is so compelling about NOTLD in the first place: Paranoia about and a struggle to understand a world gone wrong. A place distinctly divided between US and THEM. Sound familiar?

It was true for 1968 and it remains a viable anxiety right now.

Of course, above the deeper meaning is a lot of visceral glee and zombie-induced mayhem, and that’s as much the reason people keep coming as anything. As local Halloween tradition, it is unmissable. As cleverly disguised, thought-provoking expose of America and its ills? Jeezuz, let’s hope it will soon be out of date. 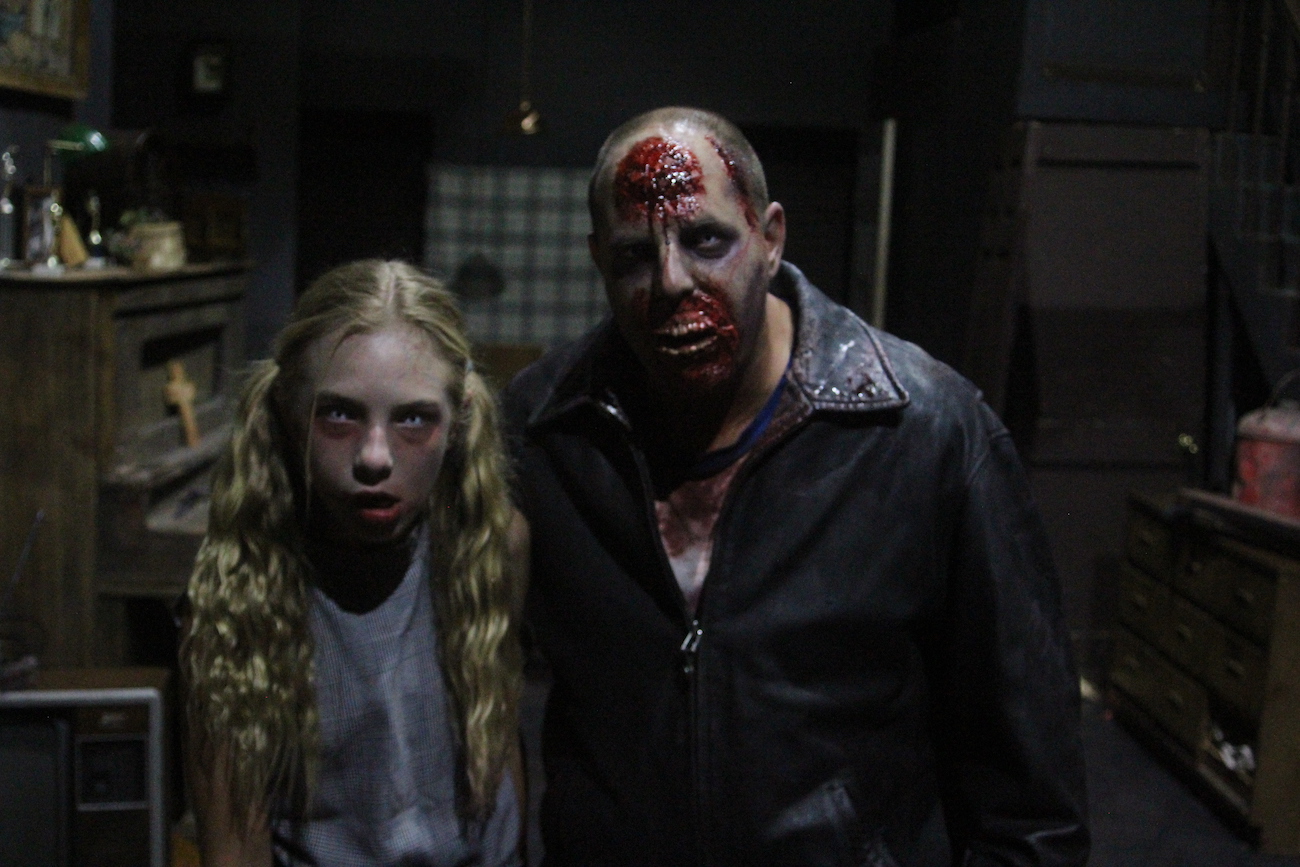 Joe Sanders, a zombie for all 12 runs of Maverick Theater’s “Night of the Living Dead,” is retiring from the show. However, his daughter, Kairi, is in her fourth year of being a cast member. / Photo by Jessica Peralta