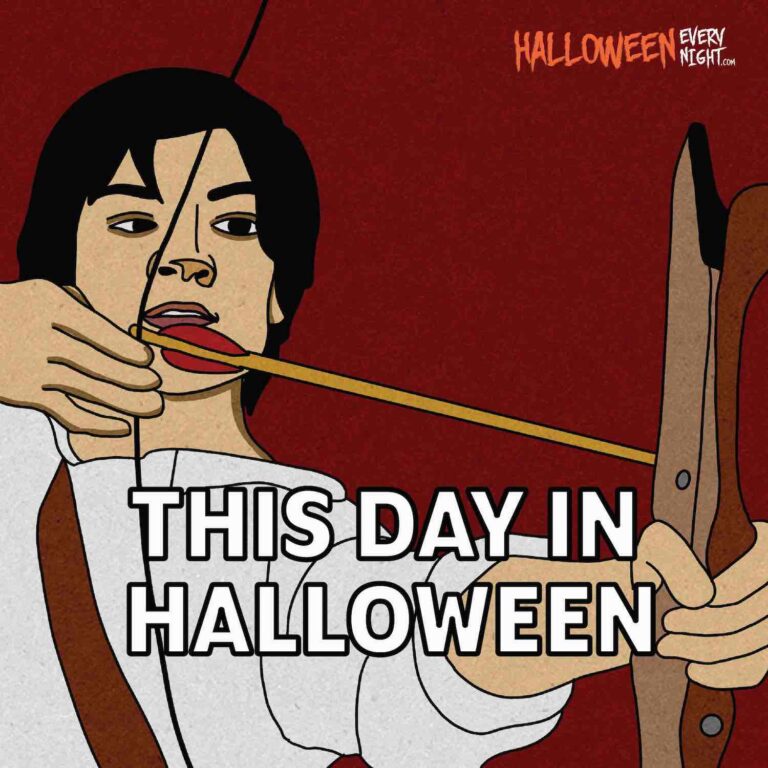 This Day in Halloween: "We Need to Talk About Kevin" premieres at the Cannes Film Festival in France in 2011. / Illustration by Angela Smith

We Need to Talk About Kevin premieres at the Cannes Film Festival in France in 2011. The dark thriller tours the film festival circuit for nearly a year before opening in the U.S. Tilda Swinton stars in the nature-vs.-nurture examination of a teenage killer. It receives mixed reviews, but Swinton’s performance garners several awards and nominations.