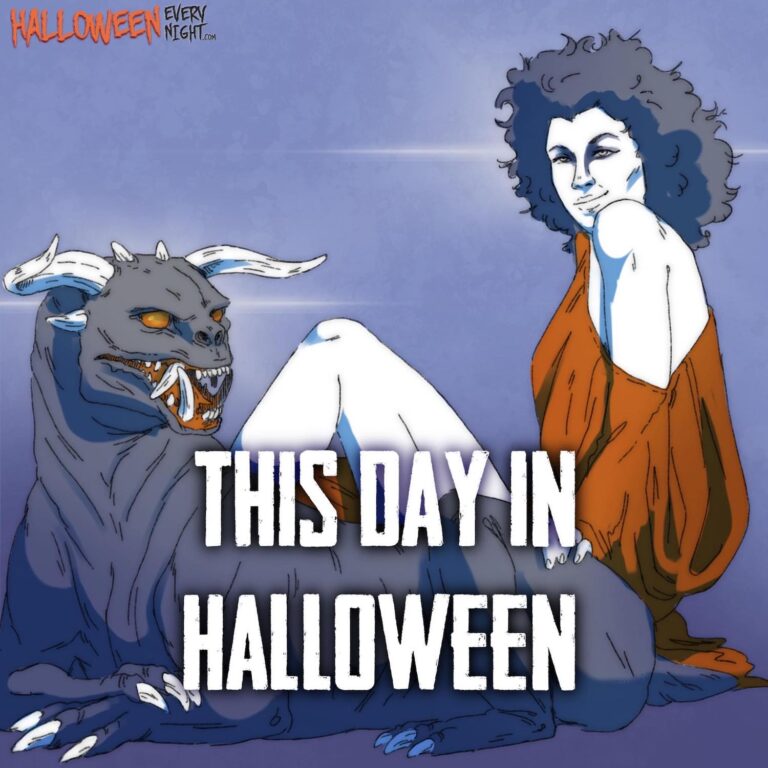 This Day in Halloween: Horror comedy classic "Ghostbusters" opens across the U.S. in 1984. / Illustration by Annika Krein

Ghostbusters opens across the U.S. in 1984. The horror comedy classic stars Bill Murray, Dan Aykroyd, Sigourney Weaver, and Rick Moranis and is written by Ackroyd and co-star Harold Ramis. A huge summer hit, the success leads to multiple sequels, spinoffs and an animated TV show.  The film is on more than a dozen “best” lists including the American Film Institute’s “100 Laughs” top American comedies of the 20th Century, and the BBC’s top 100 film comedy list. In 2015, it was included in the Library of Congress’ National Film Registry.