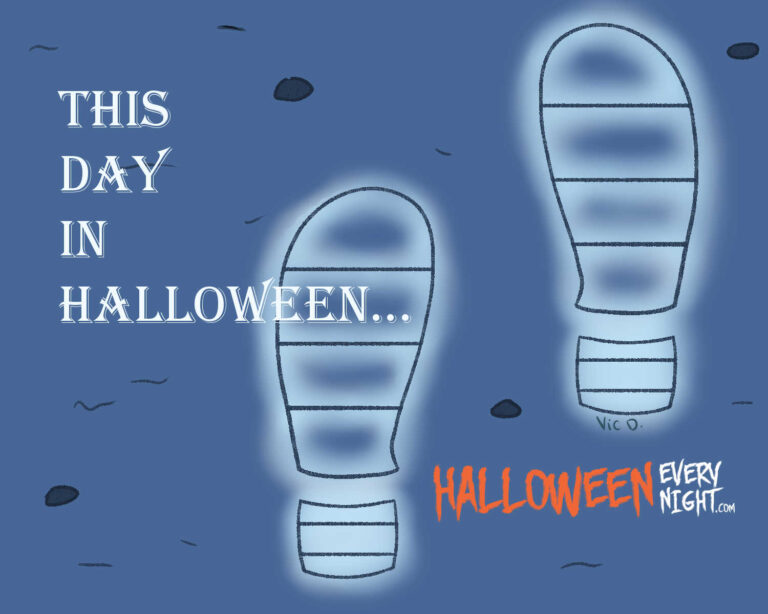 This Day in Halloween: Anthology mystery show "One Step Beyond" premieres on ABC in 1959. / Illustration by Victoria Diaz.

One Step Beyond premieres on ABC in 1959. The supernatural anthology series directed and hosted by John Newland predated The Twilight Zone by nine months and featured stories said to be based on true events. It ran for three seasons and featured guest stars including Warren Beatty, Joan Fontaine, Charles Bronson, Christopher Lee, Patrick Macnee, Elizabeth Montgomery, and William Shatner.